Originally appeared on www.talesofmiddleearth.co.uk back in 2013.

* GW no longer make these shades of paints but other companies do the same colours. See this Conversion Chart for reference.

On they all went, leading their ponies, till they were brought to a good path and so at last to the very brink of the river. It was flowing fast and noisily, as mountain-streams do of a summer evening, when sun has been all day on the snow far up above.

In the article Modular Terrain - Mountains and Rivers I covered how to make rivers by gorging into the polystyrene terrain tile, but what if you are using gaming boards and modular terrain? How do you create rivers and streams for them?

In this article we will cover two different techniques for making rivers and streams. The first will be for the small streams and the second for wider rivers (and even ocean edges). 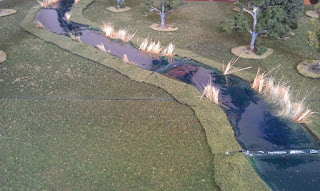 Like most terrain projects of these types, the best source of inspiration is in nature itself. Either go outside and visit locations of streams and rivers if you have any near where you live or do an image source to get a look and feel for them.

On thing to note is that water is not blue, it only appears that way because of the way it reflects the sky. Small bodies of water will appear more green or brown as they will be reflecting more land than sky and a lot of the time will have sandy/muddy riverbeds which affect the colour of the water. 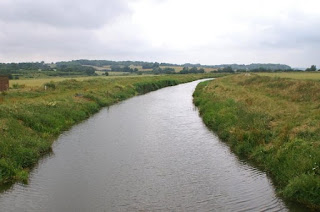 Streams and oceans where they are wider will reflect more sky so will appear bluer than the narrower streams. 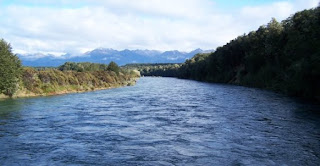 I like to scratch build as much as possible when it comes to making terrain but sometimes there is a product that is just too good not to use. In the case of streams Amera make some vacuumed formed river sections which are cheaply priced and are perfect for what is needed. 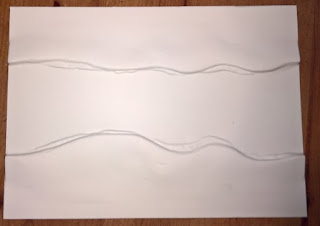 The first thing that needs to be done is to trim the piece. You will see a contour line of the banks that need to be used as a guide when making the cut.  The important thing to remember is when the pieces are placed together that they all line up.

Note: one of your river sections can be used to make a ford. This is done by covering a section of riverbed in PVA glue, then adding a few small stones, then some gravel and finally some modelling sand. 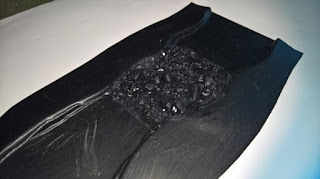 The next thing to do is undercoat the river pieces in black and then paint the banks in Rhinox Hide.

Next the riverbed needs to be painted various shades of green and blue. This needs to be done quickly as you will be mixing the paints as you apply the next coat. A tip is to use a artists paint mixing palette and add a little water to the each paint. 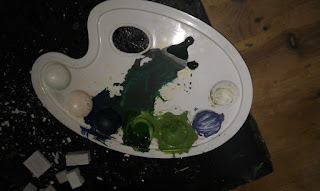 Start nearest the banks and paint a line of Warboss Green, next move nearer to the middle of the river and paint a line of Warpstone Glow, finally add Caliban Green. Now using a watered brush blend these colours together so that they go from a light green nearest the banks, to a dark green in the centre. You should not be able to see one particular colour as it should all blend in smoothly. Before this dries add a watered down Scaly Green to the river mainly nearer the middle of the river. Add a small amount Kantor Blue and the blue ink and do the same as above.
If you would like your rivers to be more blue, perhaps thinking it does not look quite right being more green (some people just mentally associate rivers and water with blue), then add more blue and less green. 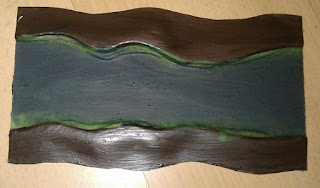 Allow the paint to completely dry before adding PVA glue to the river bank sections and covering in green flock in the same manner as in the Simple Gaming Boards article. 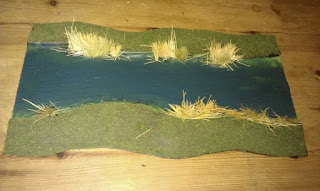 Using strips of duct tape block up the ends of the river sections. This needs to be as water tight as possible.

Pour in the water resin and allow to set. This can take a few days. If your duct taping wasn't good then you can expect some of the resin to leak.  Just in case make sure you do this on an old water proof surface. I used an old shower curtain and did get some leakage out of some of my pieces.

And for streams that is all there is too it, thanks to the Amera River Sections making streams is quite and easy but the end results are really impressive. 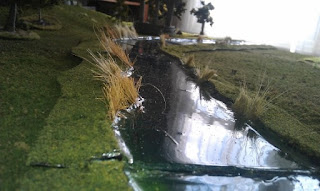 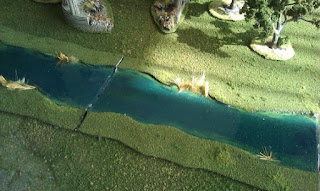 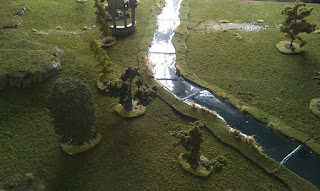 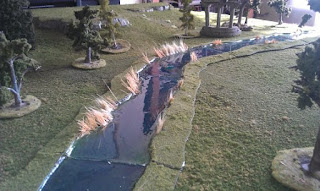 Rivers are probably even easy to make than the streams above. One thin I should mention is I wanted them to be modular and be able to change the bank style so that I could use the Heki Seefoile as an ocean as well as a river. If you are not that interested in doing this you can glue the Seefoile to a card base and then the river bank to this.

To begin with I decided on a scale. I came to the conclusion that I would make two river sections of just over 1' wide (basically the width the Seefoile comes in) by 2' long. This would work for a large river section running down the centre of a board or as a river/ocean on the edge of a gaming table.  The Seefoile (both the blue paper and bubbly foil) was then cut to this size. 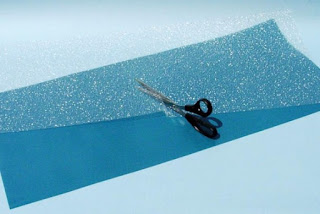 Out of foamcore cut two sections that are 24" long and 1 1/2" wide.  Shape both long edges in the same way as described in the The Road Goes Ever On and On article.

Cover this in PVA glue and then modelling sand. Once the glue has dried this is undercoated in black, then painted a dark brown colour. I didn't use GW paints but think a [b]Rhinox Hide[/b] shade of brown.

Once the paint has dried cover one half (running down the long length) in PVA and then green flock in the same manner as in the Simple Gaming Boards article. 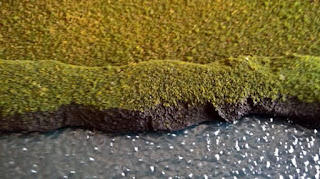 If you want to have the river be in the middle of a 4' by 4' board you will need to make four of these.

You can also make different river bank types such as sandy ones for ocean edges.

That is all there is too it for rivers, as mentioned above you could mount it permanently on a card base but I didn't see the point in this as I can lay down the Seefoile on the table and swap out the river banks depending on what I need. 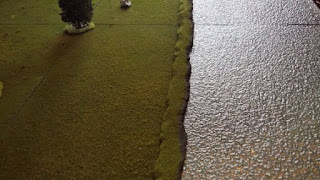 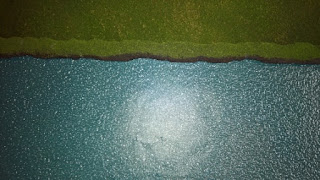 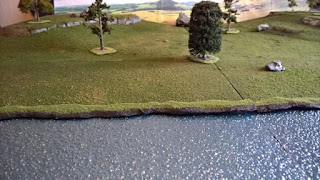