This originally appeared on www.talesofmiddleearth.co.uk 2016

As they listened, they began to understand the lives of the Forest, apart from themselves, indeed to feel themselves as the strangers where all other things were at home. Moving constantly in and out of his talk was Old Man Willow, and Frodo learned now enough to content him, indeed more than enough, for it was not comfortable lore. Tom's words laid bare the hearts of trees and their thoughts, which were often dark and strange, and filled with a hatred of things that go free upon the earth, gnawing, biting, breaking, hacking, burning: destroyers and usurpers. It was not called the Old Forest without reason, for it was indeed ancient, a survivor of vast forgotten woods; and in it there lived yet, ageing no quicker than the hills, the fathers of the fathers of trees, remembering times when they were lords. The countless years had filled them with pride and rooted wisdom, and with malice. But none were more dangerous than the Great Willow: his heart was rotten, but his strength was green; and he was cunning, and a master of winds, and his song and thought ran through the woods on both sides of the river. His grey thirsty spirit drew power out of the earth and spread like fine root-threads in the ground, and invisible twig-fingers in the air, till it had under its dominion nearly all the trees of the Forest from the Hedge to the Downs. 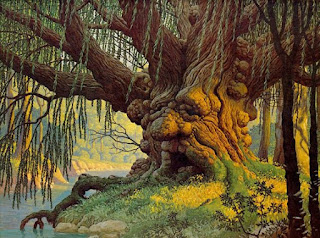 Old Man Willow was a great willow tree of the Old Forest; he was the root cause of much of the Forest's anger and hatred toward the trespassing of the walking things that pass through there. He may have once been an Ent who had become tree-like, but was more likely a Huorn, as the Old Forest was originally part of the same primordial forest as Fangorn. He had great power within the Old Forest, and was able to direct all paths to him.

Tom Bombadil had power over Old Man Willow, and checked the evil in him as much as he could, or was willing to.

Old Man Willow casts a spell on the hobbits (Frodo, Sam, Merry and Pippin), causing them to feel sleepy. Merry and Pippin lean against his trunk and fall asleep, while Frodo sits on a root to dangle his feet in the water, before also falling asleep. The ill spirit then traps Merry and Pippin in the folds of its trunk. Sam and Frodo attempt to burn Old Man Willow in order to release their friends, but Old Man Willow communicates to Merry, who is still inside his roots, that if the burning does not cease, the hobbits would be squeezed in two. They are saved by the timely arrival of Tom Bombadil, who 'sings' the ancient tree to sleep. Whether or not Old Man Willow is truly evil remains a mystery. It is possible that he represents the anger and bitterness of nature toward those who try to destroy it.

This article shows how to make Old Man Willow, the technique presented here could of course be used to make generic trees for your table top. As he does not appear in the movies I based him on two of my favourite art pictures of him. 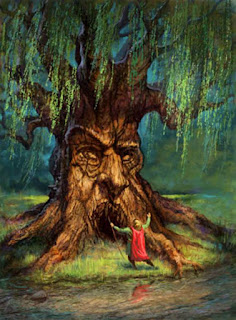 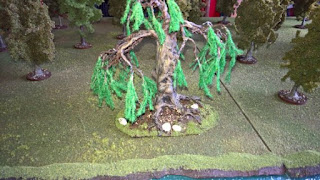 To make the basic armature take 10 pieces of garden wire and tightly wind the pieces together.  You will need 10 of these to form the main tree shape. 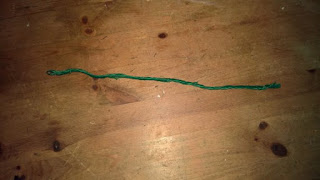 Loosely wind these together then take another single strand of garden wire and wrap it around about an inch and a half from one end and cover about one third of the strands. Cover the wrapped wire in a card tube and then cover this in masking tape scrunching it up slightly as was done in the Woody End Tree Hollow article. 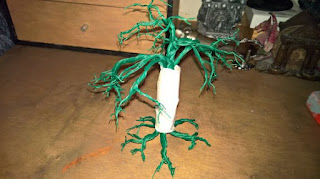 The face was added in Milliput and was sculpted quite crudely as I am not sculptor and it is meant to be a tree after all. I also used the Milliput to fill out the area between the roots and the end of the trunk. To get the face I looked at the above two art pictures and then used a pen to draw roughly what I wanted the face to look like before applying the putty. 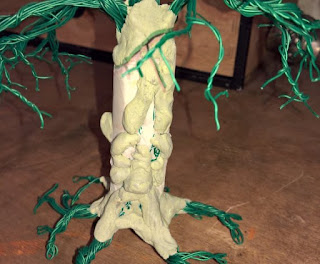 [header]The Bark[/header]
Next a mixture was created using 2 parts Polyfilla, 2 parts PVA glue, and 1 part water.  This was then 'painted' over the trees roots, trunk and branches.  During the setting time, a bark texture was scored into this mixture. 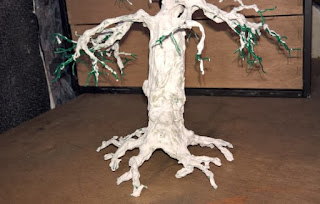 The base was made from a cork tile, but any suitable basing material will work.  It is cut to size and the edges angled off.  Small balls of screwed up newspaper were then tape to the base using masking tape.  This is built up until the tree rests on the base comfortably.

Once happy with how the tree sits on the base, it was then covered in modrock.

The tree and base were undercoated in black paint. For this project I purchased tester pot paints from a store in the UK called Wilkinsons. They are only a £1 and come in a large variety of colours. Most DIY shops sell them.
I drybrushed Java on first, then Barely Black, followed by Nutmeg Spice. I then watered down some Elysian Green and painted this in random places on the bark to be moss. 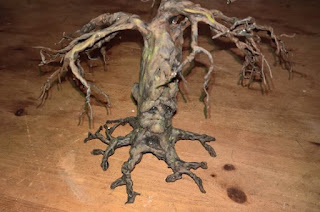 The base was then painted Java and once dry the main tree was glued using PVA to the base. Several pieces of Woodlands Scenics Extra Course Talus were glued using PVA on various places around the base which was then flocked using a mix of tea leaves, dried herbs and dead leaf litter. The edges were flocked using the same mixture that I used for the rest of my gaming boards.

At this stage you may notice and important thing missing from the Willow tree, the actual distinctive Willow leaves. I purchased 10 OO gauge model railway trees. They came from a Chinese seller on eBay and only cost £4.  Once they were delivered all the branches were cut away from the trees and then these were twisted onto Old Man Willow's branches using the wire ends that had been left exposed. 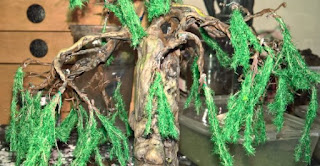 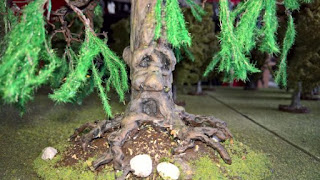 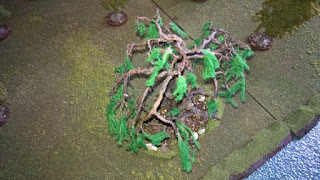 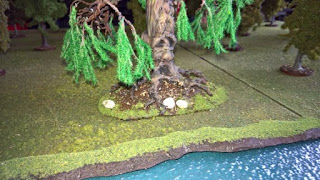 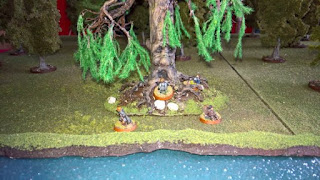