The entrance to the path was like a sort of arch leading into a gloomy tunnel made by two great trees that leant together, too old and strangled with ivy and hung with lichen to bear more than a few blackened leaves. The path itself was narrow and wound in and out among the trunks. Soon the light at the gate was like a little bright hole far behind, and the quiet was so deep that their feet seemed to thump along while all the trees leaned over them and listened. 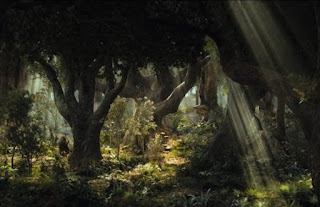 When walk in forests you will notice how dense the undergrowth gets and how little grass there is, the floor covered in dead leaves fallen from the tree tops.  A few short trees put on a grass mat covered gaming table just does not cut it for me, so I decided to embark on a project to recreate the feel, look and atmosphere you get from walking in the woods.  Whilst this is categorised as Mirkwood you can of course use it for any large wooded area.
Inspired by another great wood of Middle-earth, albeit the much smaller one of the Old Forest I wanted to incorporate that maze like quality that wooded areas can have.  With that in mind I planned to make a 4' by 4' forest board that would be made up of 1' by 1' tiles.  Each tile would have a certain path on it such as a straight, a bend, a t-junction etc. so that they can be  arranged in many different formations. 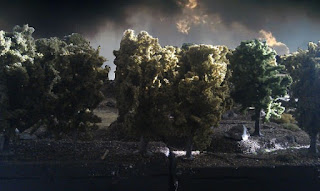 Each tile would be made from 2” thick white polystyrene that is cut to a 1' by 1' size.  This was then glued using PVA, to a same dimensioned piece of wood boarding, such as MDF wood.  The edges of the tile were covered in black duct tape to help protect it from getting damaged and also help with the end look.  That's all there is to it for the basic tile but there is more work to be done on them yet.

Once all the basic tiles were built (18 in total), I laid them out in to a 4' by 4' formation and drew out the paths that I wanted to create.  One thing I planned was to have the front four tiles as the entrance to the woods so that whilst most was covered in the forest the front inch or so would be  in grass.  One of these tiles would have a path way entrance whilst the others would have dense undergrowth preventing (or at least making it be classed as  difficult terrain).  There would be 2 straight pieces, 4 bends, 4 t-junctions, 2 crossroads (one being particularly big to be a glade), 2 entrance straights and 2 entrance pieces without any paths. 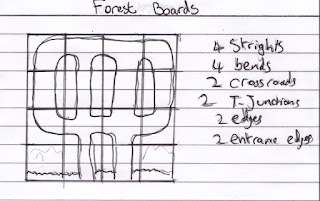 Try to get creative with the roads, if it is a bend it doesn't have to be a normal 90  degree bend for instance: 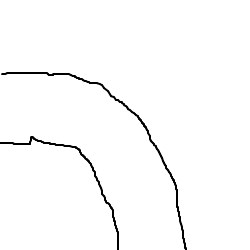 This is a normal bend but, 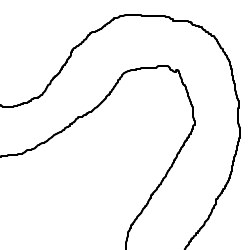 Similar things can be done to all the tile types as long as the start and end in the same place opposite each other so they line up when placed together.

Using of cuts of polystyrene I built up the path ways of the various tiles, with the banks being  about an inch to an inch and  a half high.  To smooth out the banks tissue paper was scrunched up and held in place with masking tape.  Once this  was complete modrock was  placed over the entire tile.  Three layers were used for each tile, leaving the previous layer to set before applying the next. Whilst wet using fingers the plaster was smoothed over covering up all the holes of the plaster roll. 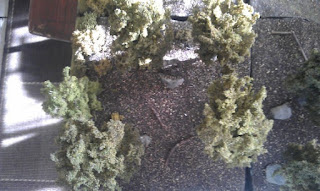 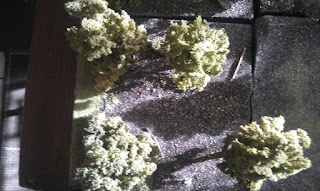 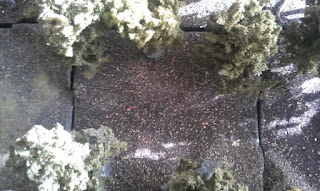 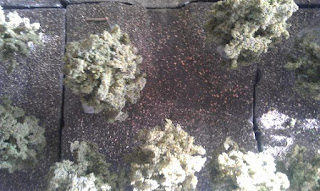 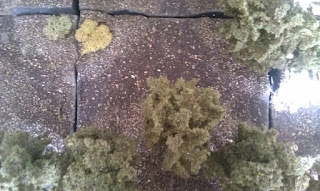 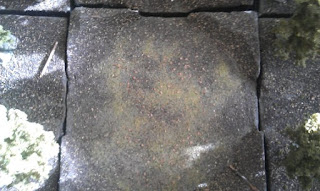 Stones and  slate chippings were glued onto the tiles in places, these will represent rocks and  boulders on the forest floor. 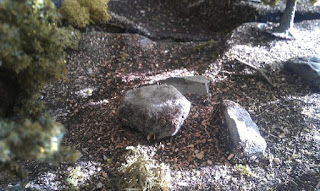 Each tile, apart from the glade one, would have a minimum of four trees glued on to them.  It is best to do this stage with the tiles set up in a layout so as to not get the trees to align to uniformly. 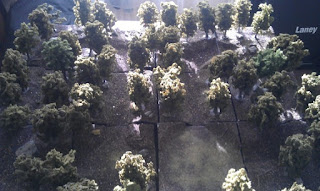 The base flock was made up of a mixture of tea leaves and dried herbs with some brown flock added to it.  The tiles were covered in a layer of PVA glue and  this mixture was then sprinkled over the entire tile.  Whilst the PVA was still wet a smaller sprinkling of  leaf litter was  applied. 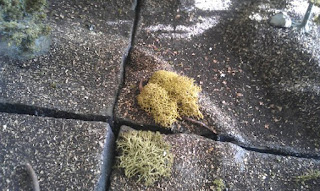 In space apply some Halloween cobwebbing to some trees. 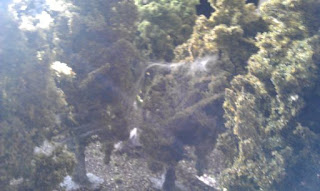 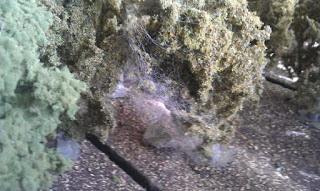 And that is  all there is too it, I now have a  4' by 4' fully forested gaming board that can be laid  out in many different ways. 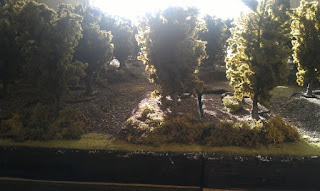 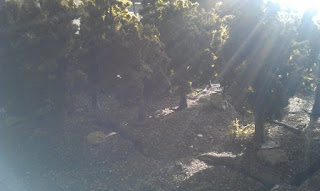 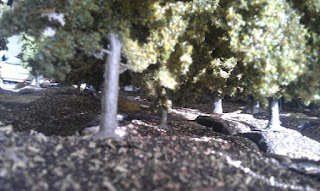 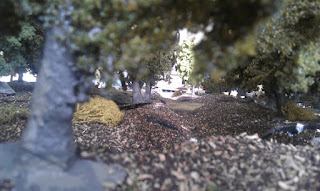 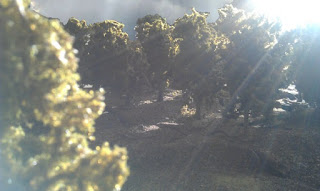 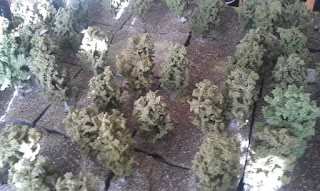 A Black Squirrel of Mirtkwood: 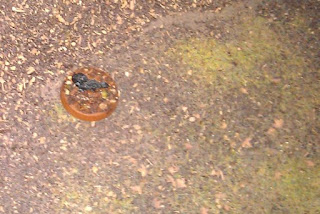 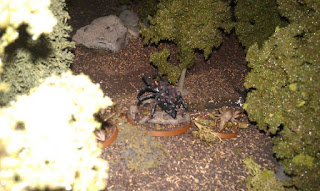 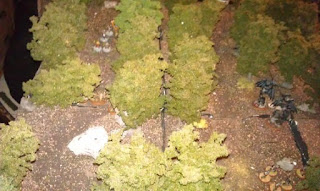 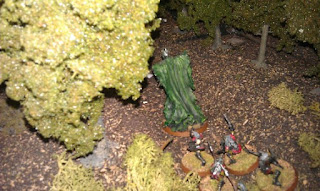 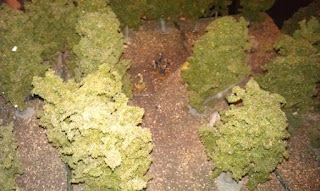 Email ThisBlogThis!Share to TwitterShare to FacebookShare to Pinterest
Labels: Lord of the Rings, Mirkwood, Terrain