This originally appeared on www.talesofmiddleearth.co.uk back in 2013

Still it was not very far to go, and before long they came to a big rock standing out into the path. If you stepped behind, you found a low arch in the side of the mountain. There was just room to get the ponies through with a squeeze, when they had been unpacked and unsaddled. As they passed under the arch, it was good to hear the wind and the rain outside instead of all about them, and to feel safe from the giants and their rocks.

With the recent release of The Hobbit game and with a large portion of Fellowship of the Ring games taking place in Moria, gamers need some cavern and mountain styled terrain.  This article shows you how to easily make various pieces that are perfect for such needs, from a mountain side with a removable piece revealing a door way, a modular hill that can be arranged in many different ways, a rocky platform and various heights of rock formation. These come in five heights and  I made two of each height (actually I made three of the two tiered one).  The simplest is the one tier piece.  These are made from a 3” by 3” piece of polystyrene.  Taking a craft knife or hot wire cutter, pieces are hacked off at random.  Take the hacked off pieces some bits were shaped and then glued using PVA glue, in various places on the main part to give a nice rock like formation.

The two tier piece is made in much the same manner except two 3” by 3” pieces are glued together first.  For the other tiers an extra piece that  was 4” by 4” was added.

This was made from a large piece of polystyrene that was shaped in to the desired platform shaped and the edges then bevelled.  In places smaller platforms where added to the sides.  Like the rock formations above, off cuts where then shaped and glued on in various positions to break up the finish. 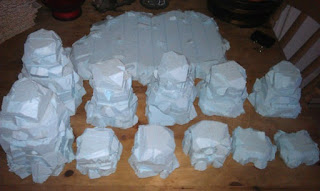 Taking a large piece of polystyrene, it was divided evenly in to four quarters with lines clearly marked out.  Starting room the centre 10” was marked out along each of the horizontal lines and 6” along the vertical.  A hill shape was then drawn out making sure that it was within these marker points. This way no matter how the hill was arranged it would line up nicely. 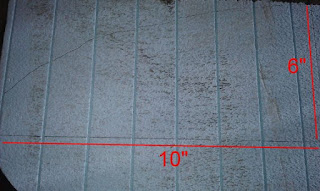 The hill was then cut out and the edges bevelled. The edges were shaped to give a rock like surface.  The hill was then cut along the divider lines. You may have to arrange the pieces in different ways and make sure the bevel cuts line up, if they don't make some adjustments until they do. 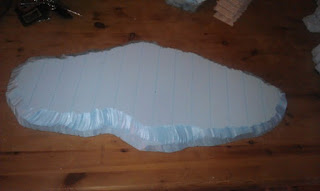 The upper part of the hill was made in the same way as the lower once the pieces a line up this can be glued into place. 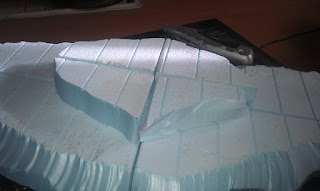 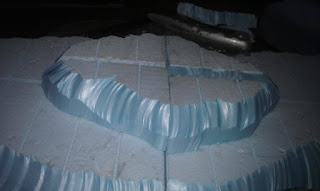 The mountain side was made from a sheet of polystyrene that was 1' high and 2' long.  It was dived up into two equal halves.  The top edge had pieces cut away to give a rocky type finish.  In the middle at the bottom a doorway was marked that was 3 1/2” wide and 3”  high. This was then cut out. 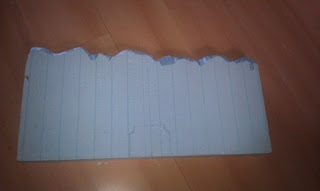 A second similar piece was made this time not has high as the first and was glued into place over the top of the first. 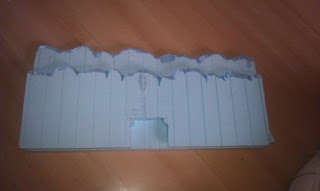 A third even lower piece was made. 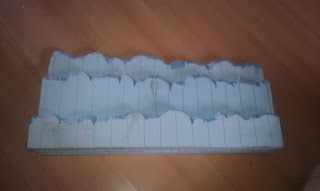 Before this was glued into place, a 6” section was measured out 3” either side of the centre line.  This was then cut out and kept to one side.  The remaining two sides were glued into place. 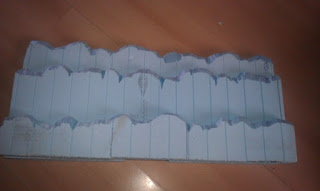 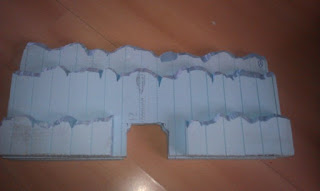 Off cuts of polystyrene and pieces of cork bark were glued in various places to give some texture and formation to the mountain side. 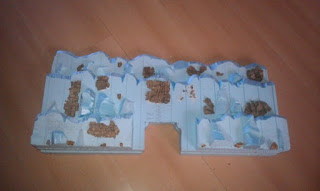 All the constructed pieces where now covered in modrock, this plaster on a roll and is used by model railway enthusiasts when they construct rock mountain sides so it is perfect for us.  It is best to work in small areas so small strips were pre cut.  Each one was then soaked in warm water and applied to the surface.  Then using fingers, the plaster was smoothed out to cover the holes on the plaster roll.  Once all were covered they were left for 24 hours to set. 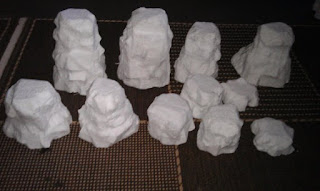 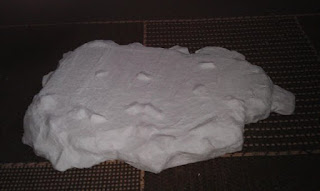 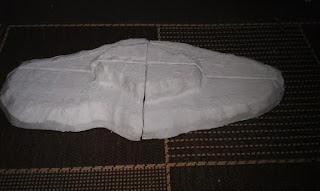 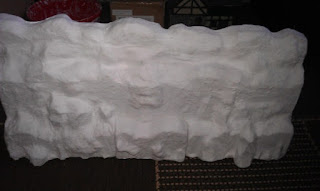 Next on the platform, hill and mountain side PVA glues was applied in places and modelling sand sprinkled in place. Once more this was left to dry completely. 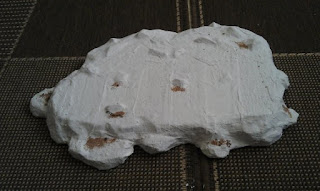 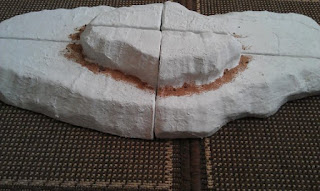 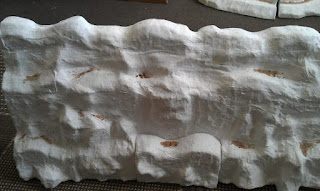 As normal for projects all the pieces where undercoated in black. Then they were heavily drybrushed in a dark grey mixed with a small amount of brown (think Codex Grey mixed with Chaos Black in a 50/50 mix then some Bestial Brown mixed in).  The brown breaks up the uniform of the grey, and adds some warmth to the tone.  Once dry a light drybrushing of a medium grey (75/25 Codex Grey to Chaos Black) was done and  finally for the greys a drybrushing of a light grey was done (100% Codex Grey).

Then just alone the edges and parts that stick out the most a very light drybrushing of  Rotting Flesh was done, and finally an even lighter drybrushing of Graveyard Earth. 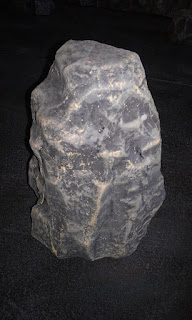 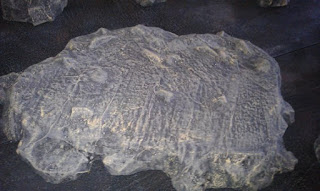 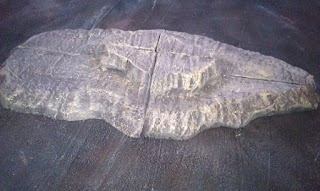 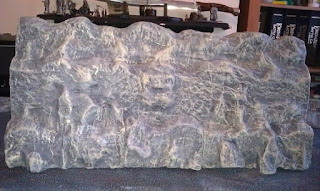 Making these pieces will give you enough terrain to set up scenario 3 in the Hobbit Game.  There will be a future article showing how to make Durin's Door, the West Gate of Moria, that will slot into the middle section of the mountain side. 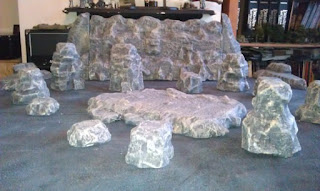 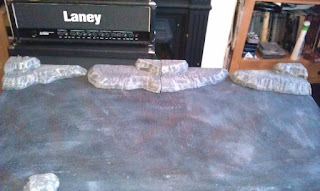 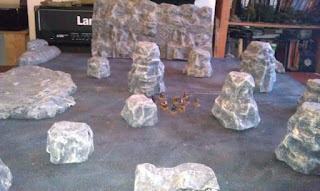 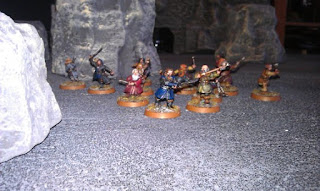 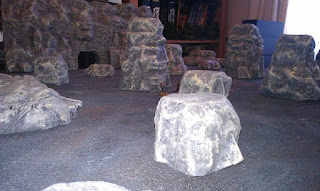 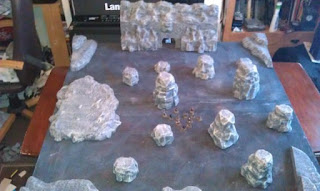