This is the fifth part to the Helm's Deep guide. This is where all the hard work comes together are you can see the end result. This has to be the most rewarding of all five parts as you see Helm's Deep come to live. There's not a lot to it either. 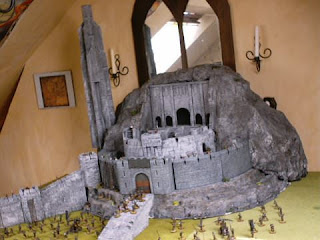 NOTE: Unfortunately this part first appeared on The Last Alliance and some of the pictures have been lost, if any one took a copy of it and  has the pictures saved I would be most grateful for them.

To begin with all the pieces need to be undercoated in black. As a lot of it is made from polystyrene, spraying it was not an option as the spray would just eat through the polystyrene. Using small pots of chaos black didn't appeal to me either as it would be way to expensive, also I wanted the paint to have a rough texture to add some detail to everything. Here's what I came up with.

Take some Matt Black Emulsion and pour a quantity into a pot. Into this add some water. The emulsion paint is thick and you want to get it down to GW paint thickness. Into this mix add some fine sand. There is no exact quantities add as much as you feel necessary. What you do need to think about is that in future stages white will be added to this mix to make shades of grey and so more and more of the texture gets added each stage. You don't what the end result looking like sand paper.

Cover all the pieces and allow to dry. Cover you paint mixture so that this doesn't dry out.

Into the paint mixture add some Matt White Emulsion. You are aiming for a colour that is the same as if you had mixed Chaos Black with Codex Grey. Heavy dry brush this over everything. You should cover most areas with only small amounts of black showing here and there. When you do this more sand texture is applied. This happens with every coating. Cover you paint mixture and allow Helm's Deep to dry.

To the paint mixture add some more white emulsion until you get a shade similar to Codex Grey. Dry brush this over all the pieces. Once again cover the mixture and allow Helm's Deep to dry.

Add more white to the mixture until you get a Fortress Grey colour and lightly dry brush this over. Allow to dry.

Using the Matt Brown Emulsion, dry brush this over the mountain and cliff face pieces. On the cliff dry to only apply it to the areas exposed outside the wall.


In various places on the mountain and cliff use PVA to glue bits of green lichen.

I may at some point in the future come back and add some detail work such as the status and torches, also some detail paint work such as what appeared in White Dwarf. So there may be a part six to the guide. For now I am happy with the results and can now siege or protect Helm's Deep. Below are some pictures using of the finished result: 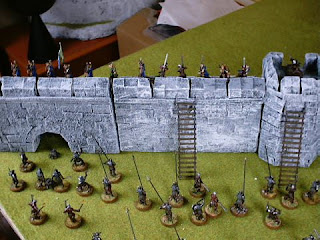 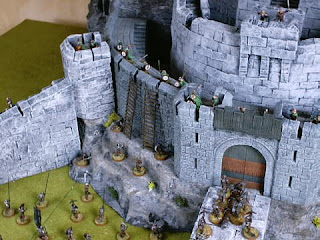 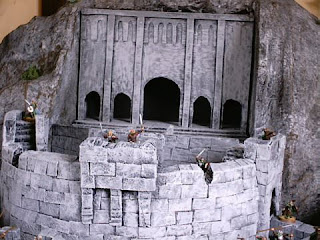 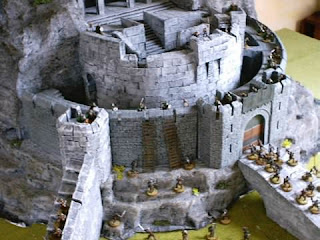 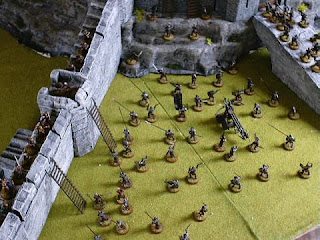 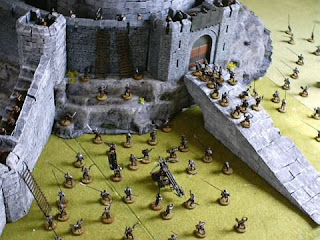 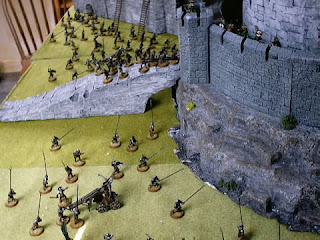 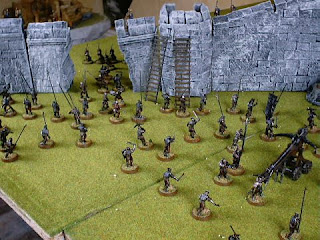